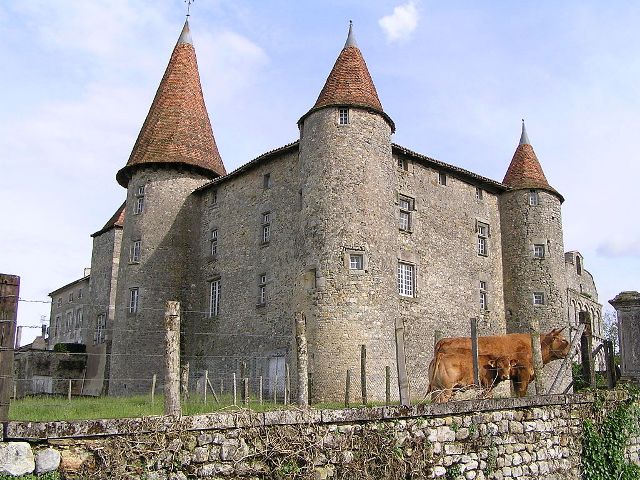 Location: Chillac, in the Charente departement of France (Poitou-Charentes Region).
Built: 15th century.
Condition: In good condition.
Ownership / Access: Privately owned.
ISMH Reference Number: PA00104302
Notes: Château de Chillac is a beautiful building of the fifteenth century, in the Chillac commune in the Charente. Chillac lords are mentioned in many ancient texts, and the castle was already in the eleventh century; he raised Barbezieux, but it disappeared during the Hundred Years War It was rebuilt in the fifteenth century on the foundations of the old castle. It occupies a median rectangular whose south side consists of the Romanesque church of the twelfth century. The entrance was to the east of his bed, where dérasés the remains found by a round tower. The building of the north curtain wall is a long wing at two levels, mullioned windows, and steep roof. It is served by a spiral staircase in a polygonal tower. The building at the northwest corner consists of two wings at right angles, with mullioned windows. It is framed by three round towers topped, two of them of quadrangular roof covered with flat tiles, and the third highest pepper shakers.