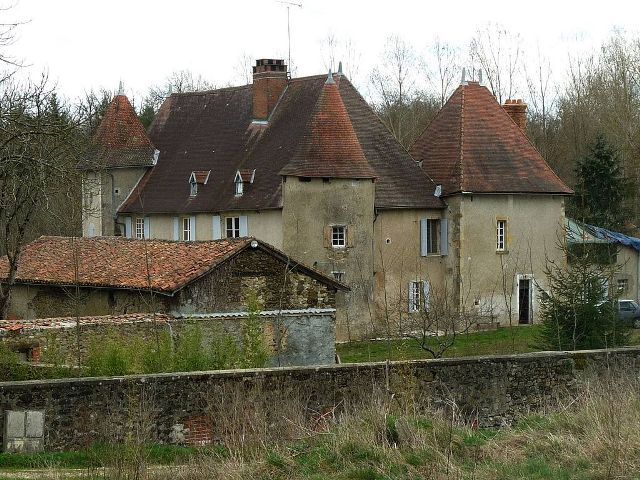 Location: Roumazières-Loubert, in the Charente departement of France (Poitou-Charentes Region).
Built: 16th-18th century.
Condition: In good condition.
Ownership / Access: Privately owned.
ISMH Reference Number: PA16000044
Notes: Château de Chambes is located in Roumazières-Loubert along the Charente. It was rebuilt in the sixteenth century on the existing walls as shown by its façade flanked by two towers buckled by a salient angle. The square pavilion pyramidal roof is newer. The castle has kept the thirteenth century two small entrance towers of the ancient fortified wall. In 2008 the castle was bought by the imitator Yves Lecoq who laid there in bed hôtes4. The castle is the subject of a registration as a historic monument since December 8, 2009.

How To Get To Château de Chambes (Map):