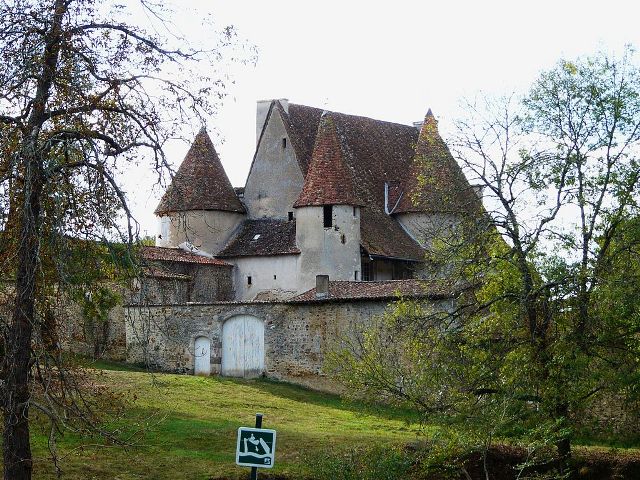 Location: Montbron, in the Charente departement of France (Poitou-Charentes Region).
Built: 14th-16th century.
Condition: In good condition.
Ownership / Access: Privately owned.
ISMH Reference Number: PA00104425
Notes: Château de Chabrot is a castle located in the town of Montbron, in the department of Charente. The area of the castle Chabrot is located on the Tardoire northeast of the city of Montbron, and it is distant 100 meters from the Chateau de Ferrières, located further downstream. Castle Chabrot consists of a house built in the fourteenth century, and an isolated circular tower built at the same time. The mansion schematically shows a rectangular main building, topped by a high tiled roof, and cylindrical towers that flank angles. Its medieval keep was restored and rehabilitated in 2012. It was owned by the family of Rousseau, among others Jean Rousseau Chabrot Gideon, who was mayor of Montbron in 1790. The monument is the subject of a registration as a historic monument since October 12, 1973.

How To Get To Château de Chabrot (Map):