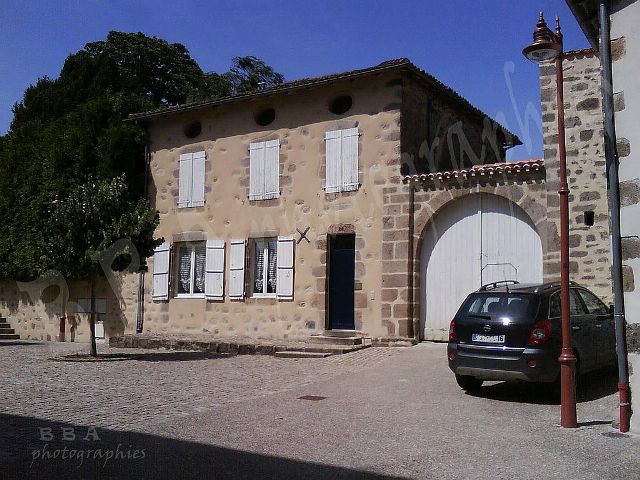 Location: Brillac, in the Charente departement of France (Poitou-Charentes Region).
Built: 12th century.
Condition: In good condition.
Ownership / Access: Private property.
Notes: Château de Brillac locally called the Tower of Brillac is located in the town of Brillac in Charente limousine, western part of the Massif Central in the northeast of the department of Charente. Old castle, next to the Church of Brillac, it appears today that as few reused or inserted into the buildings of the village remains.Fort had several towers, a drawbridge, contained the castle, church, cemetery and a few houses. It was surrounded by walls and ditches to the load outside the town until the Revolution. It had all the characteristics of crude and solid constructions of the Charente Limousine. Brillac property of the family wearing a blue coat of arms with three flowers of lily of money, it has had several owners, various changes and work. The first known owner of Brillac Joeffroy to 1191 and Clement of Brillac in 1544, lord, pastor of Brillac and commandataire prior of Our Lady of the Castle of Loudun, in Poitou. In 1633, the Tower of Brillac belonged to Paul Rabaynes, lord of Usson in Saintonge. Finally, the Revolution, Louis de Conflans was lord of Brillac. In 1459 Louis XI, in response to the rebellion Guyart Brillac, ordered the demolition "of houses and hotels instead of Brillac." In 1559, the castle was rebuilt, Jean de Cassagne became the lord. From 1608 to 1667, Paul Rabayne, lord of Usson, whose daughter, Jeanne, married the lord of Saint-Nectaire in Auvergne, is the owner. Charles Sennecterre therefore bought the castle in 1667. The castle was sold as national property June 20, 1796 to Clement Sudre Labrousse and his wife, Agathe Dansays. They dismantled the western part, sold some of the materials and authorized him a new illegal construction in the public square of the Fort. In 1811, the town made to the trial Sudre widow regarding the limits of the old castle. As a result of the abuse of power of the Lord, her husband, the common demand compensation for the demolition of the enclosure wall. The village and the castle were now bound. The components were used to build several buildings in the village. Around 1820, Joseph Peyraud, descendant of the farmer-general of Brillac became the owner of the location. The notary then Rabette become the purchaser of the property. It is now owned by the current mayor and the village doctor for decades.