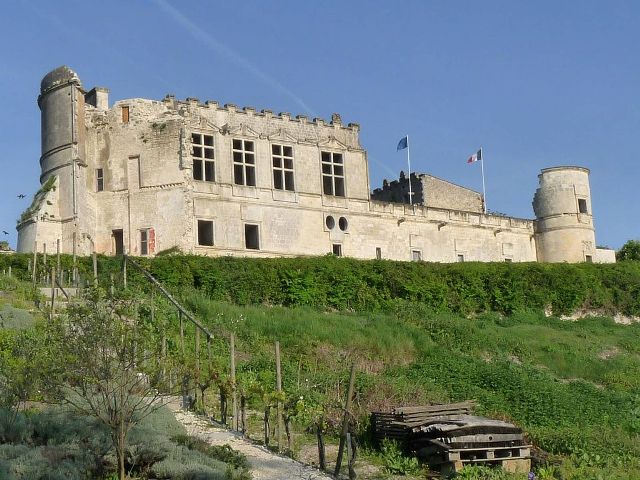 Location: Bouteville, in the Charente departement of France (Poitou-Charentes Region).
Built: 11th century.
Condition: In good condition.
Ownership / Access: Privately owned.
ISMH Reference Number: PA00104256
Notes: Château de Bouteville which there remains an imposing ruin, was the seat of a powerful chatellenie and one of the finest castles of Charente. It is located in the municipality of Bouteville, near Châteauneuf-sur-Charente.Castle built on the site of a Gallo-Roman villa; then a castle reported in 1028, the castle belonged to the family of Angouleme. Built around 1000, it is the beginning of the eleventh century Geoffroy Taillefer, the son of Count William IV of Angoulême, following his marriage to Petronilla daughter of the Lord of Archaic who brings her dowry. They pursue the construction of the church and founded the priory. He entered the house of Lusignan. At the meeting of the Angoumois to the crown of France in 1203, Bouteville passes Joan of Navarre, then Aimery III de La Rochefoucauld. In 1360 the English seize it, it is taken at the end of the fourteenth century and ruined; restored in 1453 by Jean d'Orleans, he was again in ruins in 1598.