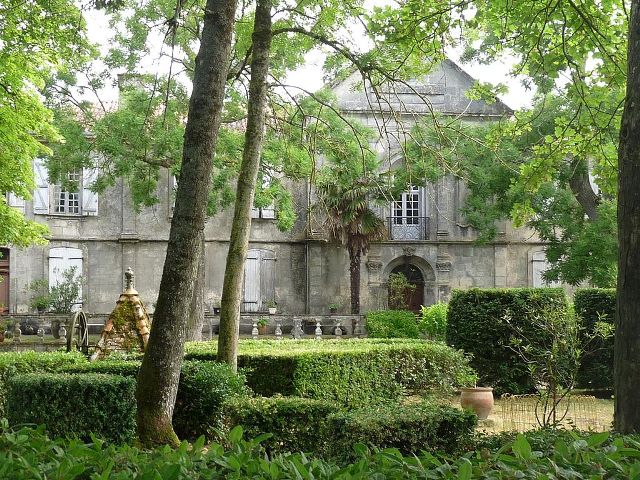 Location: Juillac-le-Coq, in the Charente departement of France (Poitou-Charentes Region).
Built: 18th century.
Condition: In good condition.
Ownership / Access: Privately owned.
ISMH Reference Number: PA00104387
Notes: Château de Beauregard is in Juillac-le-Coq in Charente, it is in the center of the wine estate of Henry Lotherie. In 1737, Beauregard land is sold to Paul-César Guédon referendum adviser to the parliament of Bordeaux. By marriage they pass family Lotherie. The long rectangular main building with a central bay projecting slightly, built in the seventeenth century, was expanded and transformed until 17613. courtyard side, the facade is decorated with sculptures. The facades and roof were listed on the inventory of historical monuments 8 July 1988. The terrace was built in the late nineteenth century to enlarge the cellar located in the basement of the house. The field is open for the summer, for tasting and sale of Pineau des Charentes and cognac.

How To Get To Château de Beauregard (Map):