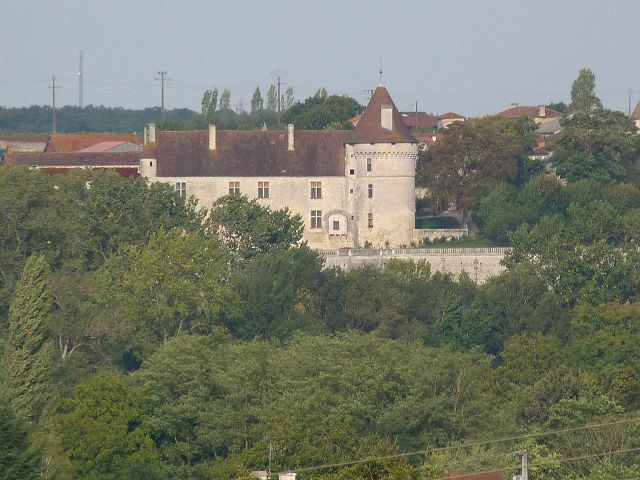 Location: Bayers, in the Charente departement of France (Poitou-Charentes Region).
Built: 12th-17th century.
Condition: In good condition.
Ownership / Access: Privately owned.
ISMH Reference Number: PA00104244
Notes: Château de Bayers dominates the Bayers in Charente. It is located in the village of Bayers (Charente).It has been renovated and is open to the public this summer.Almost all the archives have disappeared.A castle existed in the eleventh century, however, the current castle dates from the fifteenth century, built mainly by Guillaume de La Rochefoucauld from 1434.Sold during the Revolution, it gradually fell into disrepair. This land of Bayers (pronounced "bay") is the origin of the branch Rochefoucauld-Bayers. branch off in 1950 with the death of Victoria de La Rochefoucauld-Bayers at the castle of Fresnay in Plessé (Loire-Atlantique). The current descent continues with the family of the pastellière Durant. Mathilde de La Rochefoucauld-Bayers who married in 1878 Abel During La pastellière.