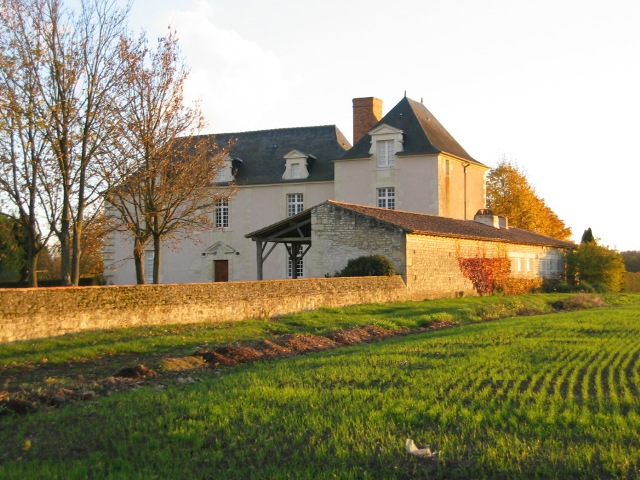 Location: Saint-Cyr-la-Lande, in the Deux-Sèvres departement of France (Poitou-Charentes Region).
Built: 12th century.
Condition: In good condition.
Ownership / Access: Privately owned.
ISMH Reference Number: PA00101408
Notes: Château de Baugé is a castle protected historical monuments in 1989. It is located in Saint-Cyr-la-Lande in the French department of Deux-Sèvres.The castle was owned by Barro in the early sixteenth century and then passed to Pidoux and finally to the family of the City in the mid-sixteenth century. The Ville-Baugé, still owners of the castle, made him rewrite the seventeenth century. The family got its first acclaim in 1653, when Uriel City, Seneschal of the duchy peerage & first captain of the town of Thouars, while unrest broke out, drove the attackers out of his city. The most outstanding personality of this family remains Pierre-Louis of La Ville-Baugé, Vendee leader during the Revolution War Council member and chief officer of the Catholic and Royal Army with Henri de la Rochejaquelein. The castle is listed as a historic monument since April 13, 1989 for its facades and roofs, staircase and two fireplaces decor painted allowances lying one in the living room of the ground floor to the right of the stairs and the other in the upstairs bedroom to the left of the stairs.

How To Get To Château de Baugé (Map):