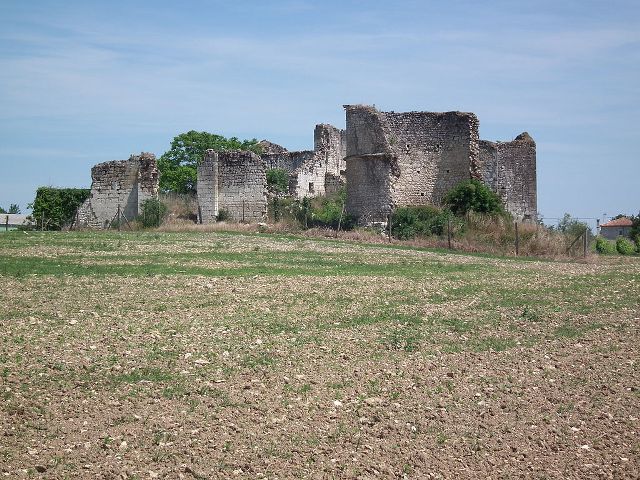 Location: Lorignac, in the Charente-Maritime departement of France (Poitou-Charentes Region).
Built: 12th-13th century.
Condition: Ruined.
Ownership / Access: Privately owned.
Notes: Château de Bardine is a fortified structure located in the town of Lorignac in the southwestern department of Charente-Maritime. Today almost entirely ruined, he nevertheless retains some of its medieval structure (body building, annexes, defensive enclosure). This ancient castle, which belongs to a private person, enjoys at present no protection of historical monuments.The Bardine Fort castle stands on a hillside overlooking the small valley of Taillon, near the hamlet of La Roche. Probably built from the twelfth or thirteenth century, he might have succeeded an older building, which he nevertheless remains no vestige. Remodeled in the sixteenth century, it is on the eve of the Revolution to the count of Plassac. Abandoned since then, it prepares its few remains in the middle of a field, not far from the main road. The main entrance, facing west, is flanked by the remains of two towers. In contrast, a main building has openings in niches and skylights, and a semicircular opening which would correspond to an old door. A wing, placed at right angles, is grafted onto the body of main building, still with traces of openings, staircases and fireplaces. Underground, which are no longer accessible for a long time, are located under the castle. Battlements and buttresses with weep holes, although very degraded, reflect the defensive character of the place.

How To Get To Château de Bardine (Map):