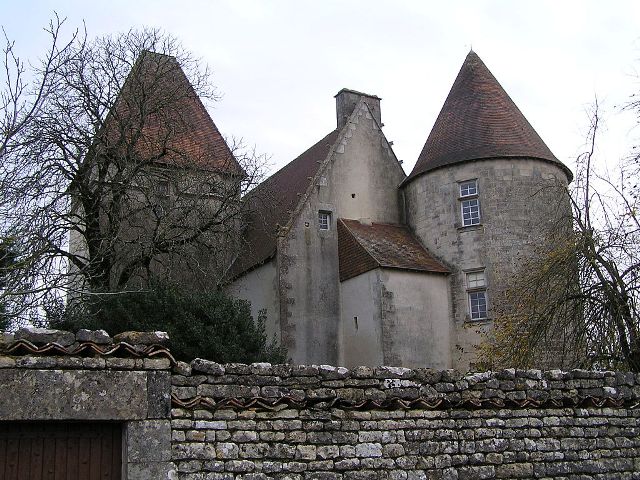 Location: Barbezières, in the Charente departement of France (Poitou-Charentes Region).
Built: 15th century.
Condition: In good condition.
Ownership / Access: Privately owned.
ISMH Reference Number: PA00104237
Notes:Château de Barbezières is located in the municipality of Barbezières in the department of (Charente) in France.The earliest record we have of the Lord of Barbezières date in 1303 when he was summoned by Philip the Fair to go to the army. Fortress Barbezières was destroyed during the Hundred Years War and a house is built a few hundred meters in the early fifteenth century. Barbezières fell Marcillac for the high court and had only average low of rights and justice. On the death of Charles in 1666 Barbezières land and castle are sold. They will spend between various hands and the castle from ruin in 1699. The roof will be redone, but in the early twentieth century roofs collapse and it was not until 1981 that the castle was bought and saved from ruin. Castle Barbezières was listed historical monument February 27, 1925.