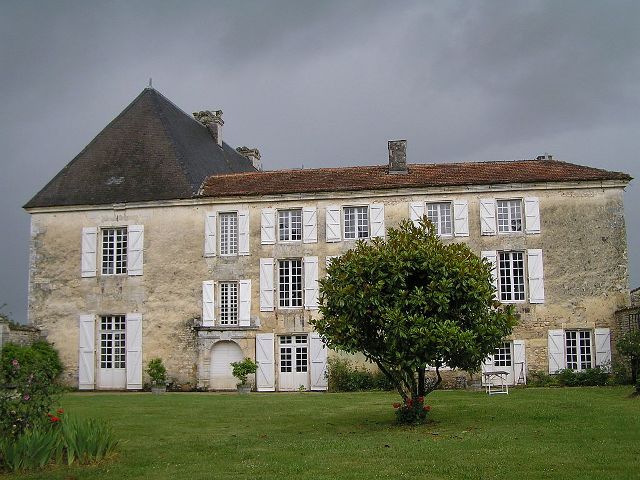 Location: Balzac, in the Charente departement of France (Poitou-Charentes Region).
Built: 17th century.
Condition: In good condition.
Ownership / Access: Privately owned.
ISMH Reference Number: PA00104236
Notes: Château de Balzac is located in the municipality of Balzac, in Charente, near Angoulême.Guillaume Guez is chief treasurer to the extraordinary wars in Angoumois, Aunis and Saintonge, newly knighted when he built the castle around 1600. It took the name of this land. In 1647 St. Romuald rating magnificence. Marie de Medici, having escaped from his exile in Blois in 1619, stayed there six months which made it a meeting place for the reputations of the time. Cardinal Richelieu came there for 10 days. Jean-Louis Guez de Balzac, his son, commonly called Guez de Balzac, born May 31, 1597 and died February 8, 1654 lived in the castle of Balzac until 1612 and then returned to Angoulême spend the rest of his life. This French writer of the sixteenth century contributed to the reform of the French language. Poets, writers, letter writers, came to him and set out warrants their stays Balzac. In 1729 his descendants sold the land of large and small Balzac. The current owners, the Boissinot family since 1974, undertook a restoration of great loyalty based writings of Guez de Balzac and visitors.

How To Get To Château de Balzac (Map):