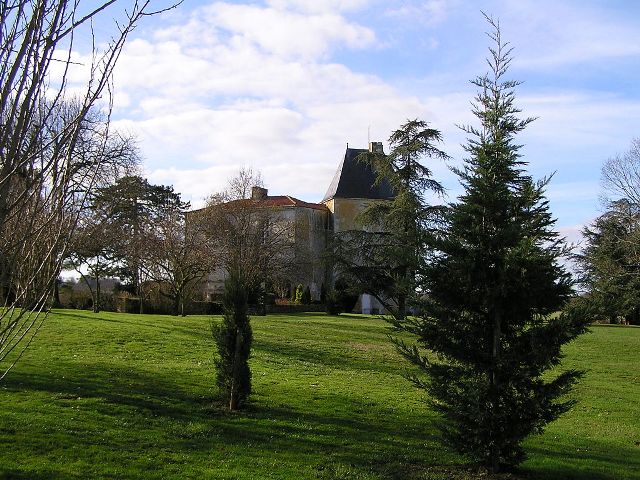 Location: Ecoyeux, in the Charente-Maritime departement of France (Poitou-Charentes Region).
Built: 14th-16th century.
Condition: In good condition.
Ownership / Access: Privately owned.
ISMH Reference Number: PA00104677
Notes: Château d'Écoyeux is also known as the castle of Polignac name. This is the new castle of the seventeenth century, when the old castle is the current town hall to Écoyeux in Charente-Maritime. Built by Louis de Polignac, Lord of Écoyeux in the early seventeenth century as attested construction contracts awarded in 1614. The castle was never completed and only half of the planned main building was built. It was not inhabited by its owners. It is sold on 22 Fructidor, year XII Baron Authon whose son moved there in 1835, did some work, but it was not until 1952 that the new owner begins his rescue. It was listed as a historic monument 27 October 1971. From the seventeenth century remains of the polygonal tower staircase and a span. The main building is on two levels, pierced with triangular pediment windows, covered with a tiled roof. The five-sided polygonal tower, a very rare genre, is covered with a high roof slate. The castle garden of the Princes de Polignac enrolled in pre-inventory of remarkable gardens.