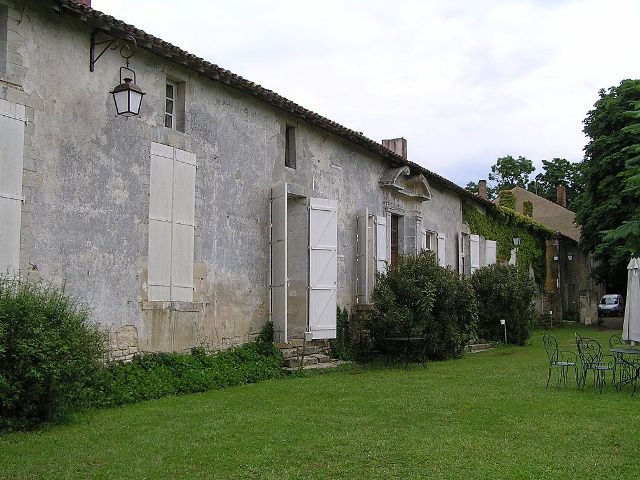 Location: Cellettes, in the Charente departement of France (Poitou-Charentes Region).
Built: 18th century.
Condition: In good condition.
Ownership / Access: Private property.
Notes: Château d'Échoisy is situated on the town of Cellettes Charente.We have to mention 1622 Philippe Lesmerie, Esquire, Lord of the Grave and Echoisy and castle, now largely destroyed, was built in the late seventeenth century or early eighteenth century by the Marquis of Echoisy, the king's lieutenant in Angoumois. Its sales in the nineteenth century included a clause, its demolition has been partially completed. It is then processed into lime production site. This site created in 1850 and was operated until 1956 was listed Historical Monument (buildings, land and career) December 23, 1994. The castle was destroyed and there remains only the house of the eighteenth century, a farm with buildings of the eighteenth century and other nineteenth-century and a mill. The Community of Communes Pays Manslois who acquired it already renovated some buildings. It is now a protected site for leisure.