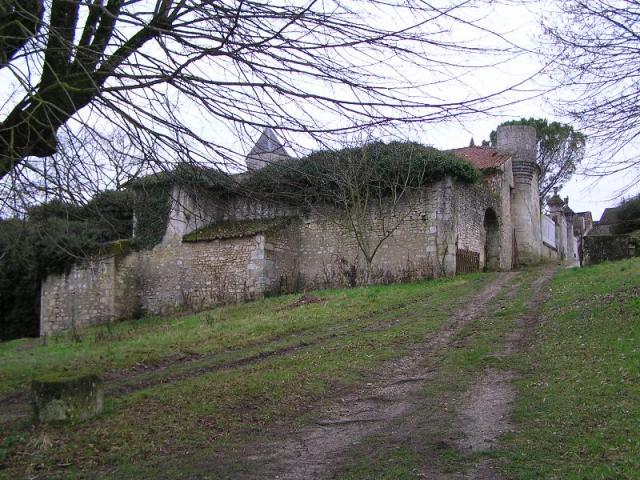 Location: Bouteville, in the Charente departement of France (Poitou-Charentes Region).
Built: 15th century.
Condition: Ruined.
Ownership / Access: Private property.
Notes: Château d'Anqueville is located in Bouteville on the edge of towns to Saint-Même-les-Carrières and Graves-Saint-Amant in Charente on a rocky outcrop overlooking the creek and the surrounding area. The castle was ruined during the Hundred Years War and rebuilt in the fifteenth century. The leak has disappeared. These old parts remains a vaulted basement room broken barrel, a rectangular keep of the thirteenth century flanked by a polygonal turret of the fifteenth century and remains of fortifications with battlements, turrets and curtains. The North is dated eighteenth century facade.