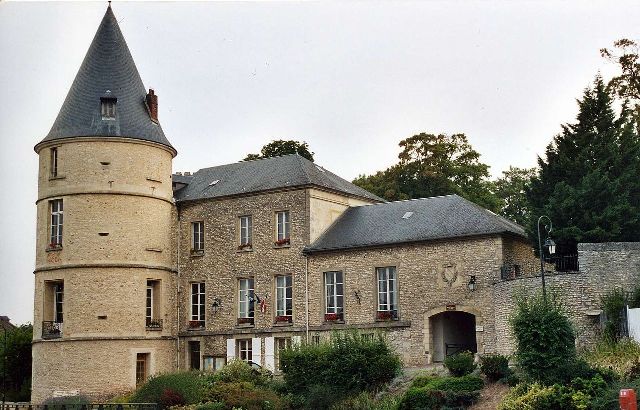 Location: Trie-Château, in the Oise departement of France (Picardie Region).
Built: --
Condition: In good condition.
Ownership / Access: Owned by the municipality.
ISMH Reference Number: PA00114925
Notes: Château de Trie is located in the town of Trie-Château in the department of Oise, sixty kilometers northwest of Paris. It is partially registered historic building since 1956.The original castle was built in the eleventh century by King Philip I of France to fight and defend against the Vikings Vexin incursions. In 1418, during the Hundred Years War, it is taken by Henry V of England making it his headquarters. After belonging to the family of Trie, that of Dammartin and Estouteville, the castle became the possession of Bourbon-Longueville, Bourbon-Conti and in 1783 it is owned by Mr. brother of King Louis XVI who became Louis XVIII Transformed by Adrienne Estouteville then greatly expanded by Henry de Longueville, in the sixteenth century, which makes it a pleasure residence, the castle was visited by King Henry IV. In the eighteenth century, it was as a result of main buildings including the old castle (three medieval wings) and the new castle, the seventeenth century. Ruined during the Revolution, that this grand castle there remains only part of the old castle where have stayed Jean-Jacques Rousseau, and a Renaissance staircase. The castle, converted mansion, was in the second half of the nineteenth century the property of Joseph-Arthur Gobineau. Today is the town hall. The facades and roofs of the round tower, the semi-circular towers that rise to the southwest corner and the curtain wall connecting these towers in the round tower and the vaulted basement and staircase of the sixteenth century are registered historic monument by decree of January 28, 1956.