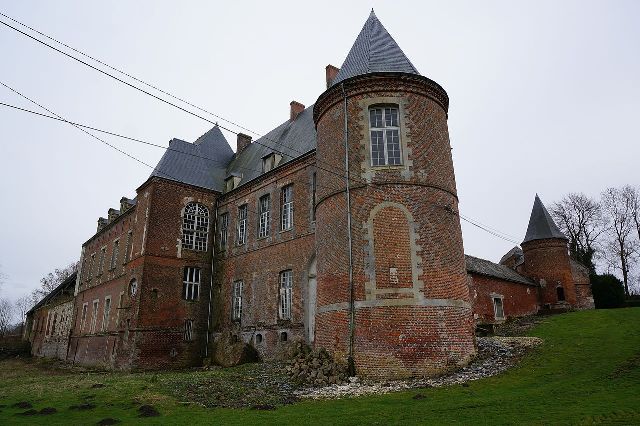 Location: Marfontaine, in the Aisne departement of France (Picardie Region).
Built: 1619.
Condition: In good condition.
Ownership / Access: Privately owned.
ISMH Reference Number: PA02000016
Notes: Château de Marfontaine is a castle in Mortefontaine, France.Forming a rectangle half of it is residential and the other farm buildings. A party is crumbling.It has many entries made of dead-burned bricks are visible on several building walls; The present castle was built between 1617 and 1619 by Margaret of Vaudier Beaumont widow of Jacques Raoult Fay Athies, the Fay family who owned the castle since 1433. She was married with Francis Proissy. In 1051, the village was in Leotheric bishop of Laon, before moving in 1137 to the family of Marfontaine, then in 1383 to the family of vendor. The monument is registered as historical monuments in 1998.

How To Get To Château de Marfontaine (Map):