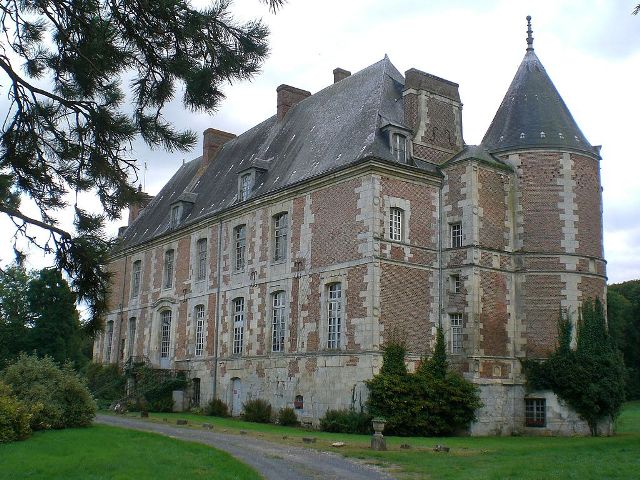 Location: Fosseuse, in the Oise departement of France (Picardie Region).
Built: 16th century.
Condition: In good condition.
Ownership / Access: Privately owned.
ISMH Reference Number: PA00114993
Notes: Château de Fosseuse is a castle located in the town of Fosseuse in Oise.Former property of Montmorency, the castle leaves the Montmorency family in the late seventeenth century, when sold to Louise de Prie, widow of Marshal de la Mothe-Houdancourt. It was erected in marquisate in the eighteenth century for Philippe Thomé, counselor to the Parliament and between in 1807 in the family of Kergolay. Castle Fosseuse became a charming guest cottage. The monument is the subject of a registration as a historic monument since July 27, 1992.

How To Get To Château de Fosseuse (Map):