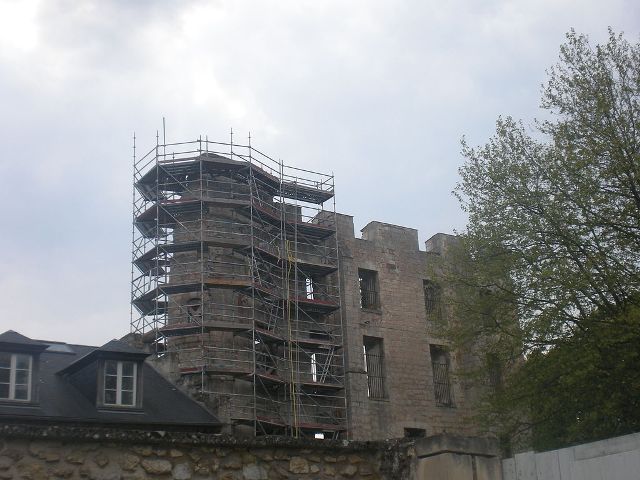 Location: Clermont, in the Oise departement of France (Picardie Region).
Built: 11th century.
Condition: In good condition.
Ownership / Access: --
Notes: Donjon de Clermont or Castle of the Counts of Clermont-en-Beauvais is the remains of a castle dating from the eleventh century located in Clermont (Oise), in the street of the same name. Built at the edge of the promontory that forms the promenade Chatellier, it is a quadrangular construction 25.50 m 17.50 m. The monument overlooks the town, although it was lowered by a collapse caused by February 1984. In the nineteenth century storm, Louise Michel was imprisoned in the dungeon, turned into a prison, in 1883-1884.According to historians, there would have been another wooden castle surrounded by a bank serving as defense against the Norman invasions in the tenth century.

How To Get To Donjon de Clermont (Map):