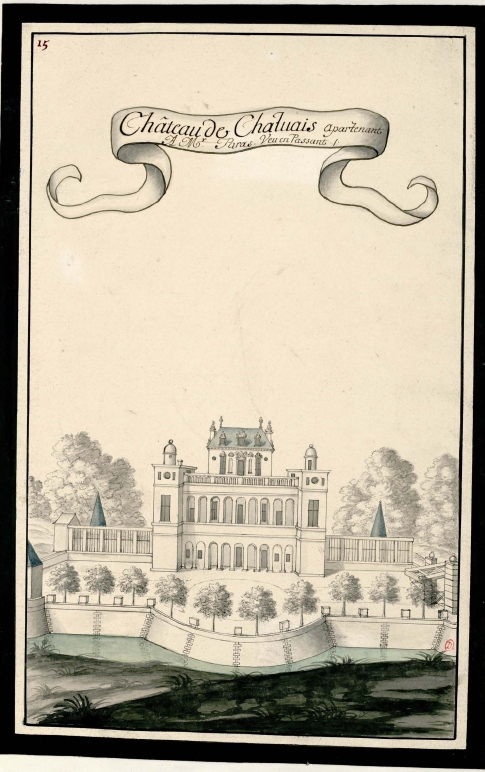 Location: Royaucourt-et-Chailvet, in the Aisne departement of France (Picardie Region).
Built: 16th-18th century.
Condition: In good condition.
Ownership / Access: Privately owned.
ISMH Reference Number: PA00115891
Notes: Château de Chailvet, private area inhabited all year, is ranked among the historical monuments of the Aisne from 19841, located Royaucourt-and-Chailvet, 130 km north of Paris, near Laon. Testimony of the most innovative tastes of the time, its facade is the only example of architecture Italianate revival of the Picardy region. This castle is the historic stronghold of the lords of Vieuville, dukes and peers of France, very important family of sixteenth and seventeenth centuries near the king, which counted among its members both a superintendent of finances under Louis XIII and the famous Marie Madeleine Vieuville, lover of the regent. It was then bought by a family of more regional significance, Parat- The Carlier - Charmolue Guard, before passing into the Brunel family of local importance. An outdoor tour is organized during the days of the historic, opportunity to enjoy the food that ends after 30 years of work. This article complements and specifies Maxime research Sars published in his book The feudal Laonnois.