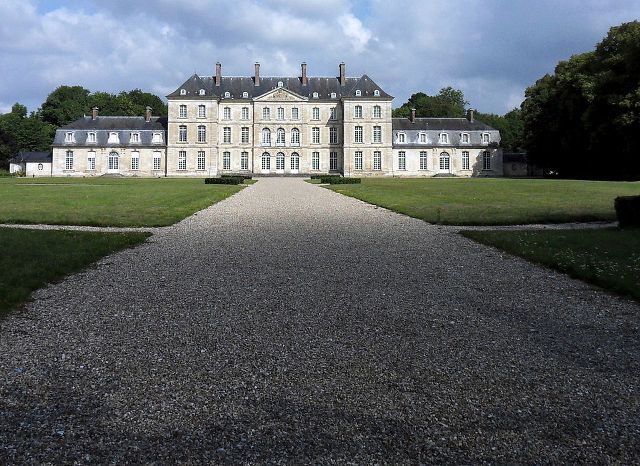 Location: Bertangles, in the Somme departement of France (Picardie Region).
Built: 1730-1734.
Condition: In good condition.
Ownership / Access: Currently owned by Stanislas de Clermont-Tonnerre.
Notes: Château de Bertangles also known as the Castle of Bertangles is located in the municipality of Bertangles, in the department of the Somme, Nord-Pas-de-Calais and Picardy region.The castle was built by Count Louis-Joseph de Clermont-Tonnerre from 1730 to 1734 to replace the old building from the Middle Ages that was rebuilt once in the early sixteenth century, was restored after being burned by the Spaniards 1597. the fact remains that the gate dating from 1625 and giving access to the farm, to the west. In 1918, the castle was the seat of the Australian headquarters under the command of General John Monash. This was knighted by King George V 12 August 1918 at a ceremony on the steps of the castle. In August 1930, a fire destroyed the interior, especially the woodwork, which were rebuilt identically in the years that followed. The staircase and wrought iron railing had been.The facade is decorated with sculptures of Minerva (goddess of wisdom, letters, arts and sciences). Bacchus decorates the pavilion containing the kitchen and cellars. A large dovecote, a monumental gateway and a completed well with a water turnstile can be admired during a visit.

How To Get To Château de Bertangles (Map):