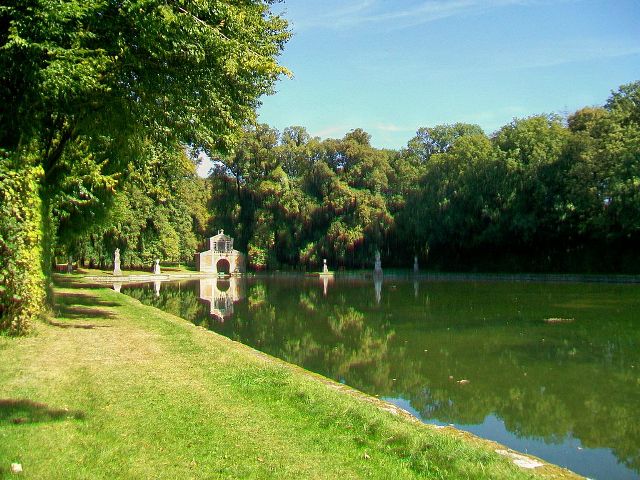 Location: Ognon, in the Oise departement of France (Picardie Region).
Built: 17th century.
Condition: In good condition.
Ownership / Access: Privately owned.
ISMH Reference Number: PA00114982
Notes: Château d'Ognon was located on the town of Ognon, in the Oise. Its park is the subject of a registration as a historic monument since December 14, 1990.The land of Ognon is mentioned for the first time in 1197, when it belongs to Bartholomew Ognon. A confession signed by one of his descendants, Regnaut Ognon, more than a century later, gives an overview of the composition of the field. So this is a mansion (hostel) with courtyard, garden and about a hundred acres of woods, located close to part of the manor, partly wood Saint-Jean de Senlis. Between the late fourteenth century and 1479, the lordship changes four times owner: It belongs to the Galloy of Aunoy, chamberlain of Charles VI in 1390. Then it is passed by marriage to Villiers le Bel, the Baudry and the Fontaine, who come into possession by the marriage of Jeanne Baudry, lady Ognon, and Malgeneste of Villers-Saint-Frambourg with Pierre de La Fontaine. The family keeps the lordship until the death of François de La Fontaine in 1632.