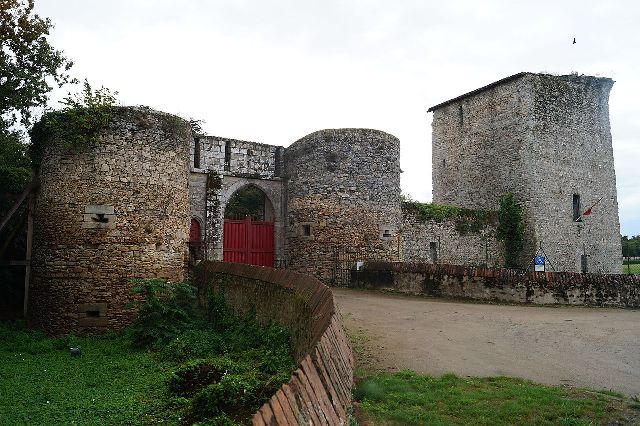 Location: Les Essarts, in the Vendée departement of France (Pays de la Loire Region).
Built: 12th-13th century.
Condition: Ruins.
Ownership / Access: Privately owned.
ISMH Reference Number: PA00110091
Notes: Vieux-Château des Essarts is a set of ruins of a building located on the French town of Essarts delegated to Essarts-in-Bocage in the department of Vendée, in the region Pays de la Loire.The first castle is built around a speaker from the twelfth and thirteenth centuries. In the early sixteenth century, a Renaissance house was built within it. The remnants of these elements constitute the "Vieux Château des Essarts," so designated in order to distinguish it from the new castle, or "chateau des Essarts', built in the nineteenth century and located a few dozen meters from the ruins. The castle was owned by several noble families, including Aspremont, Chabot, the Vivonne, the La Rochefoucauld, the Lespinay, or the Rouge. He is currently held by a private owner.

How To Get To Vieux-Château des Essarts (Map):