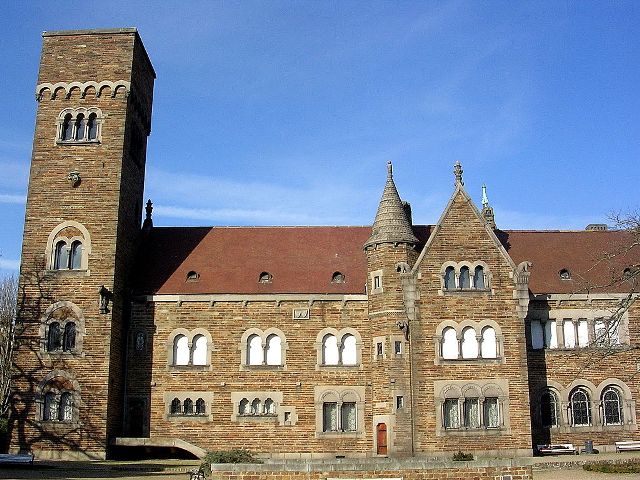 Location: Nantes, in the Loire-Atlantique departement of France (Pays de la Loire Region).
Built: 15th century.
Condition: In good condition.
Ownership / Access: Private property.
Notes: Musée départemental Thomas-Dobrée, commonly known Dobrée Museum is a museum located in the city center of Nantes, France, in the Graslin district, near the Natural History Museum and Cours Cambronne, near the Jacques library -Demy. Wanted by the shipowner and philanthropist Thomas Dobrée Nantes (1810-1895), it is the département of Loire-Atlantique council. It has a rich archaeological collection, first installed in the mansion of the key dates from the fifteenth century and Voltaire in the building between 1974 and 2010, and collections bequeathed by Thomas Dobrée presented in the palace with original architecture built in the nineteenth century. Closed since January 3, 2011, to perform extensive work restructuring and expansion, it should have reopened its doors in 2015 but the Administrative Court, July 16, 2012, ruled in the appeal by a hostile Association the project and canceled the permission granted by Nantes Metropole in August 2011. This decision was upheld by the administrative court of appeal of Nantes, February 14, 2014.

How To Get To Musée départemental Thomas-Dobrée (Map):