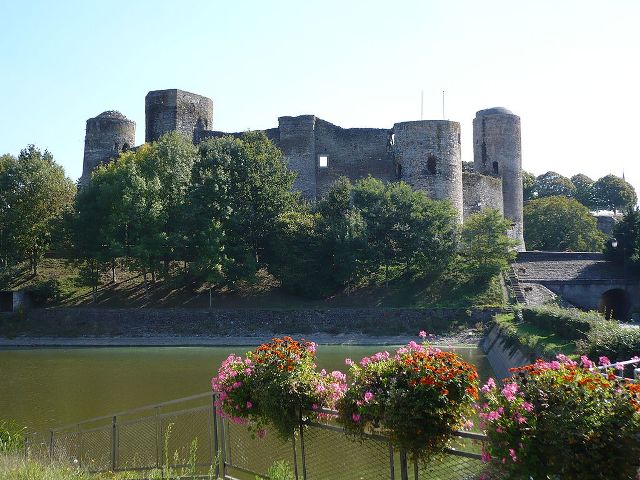 Location: Pouancé, in the Maine-et-Loire departement of France (Pays de la Loire Region).
Built: 14th-15th century.
Condition: In good condition.
Ownership / Access: Privately owned.
ISMH Reference Number: PA00109238
Notes: Château médiéval de Pouancé is located in the town of Pouancé, in the department of Maine-et-Loire (France), on the western border of the former province of Anjou, facing Britain. With the city walls of the city, part of which is still visible today, it covers an area of ​​three hectares. sometimes nicknamed the "second castle of Anjou" in terms of importance, just after the castle of Angers. It is part of the Marches de Bretagne and the Anjou for Castle Chateaubriant. A fortified site since at least the eleventh century, the strong current castle is built from the twelfth to the fifteenth centuries. Besieged several times during the Hundred Years War, he became a prominent fortress in the late fifteenth century, during the conflict between the kingdom of France and the Duchy of Brittany. The castle is the subject of a classification as historical monuments since July 7, 1926. He suffered 40 years of point excavations and renovations. However, many questions remain, the site has not been the subject of extensive research.

How To Get To Château médiéval de Pouancé (Map):