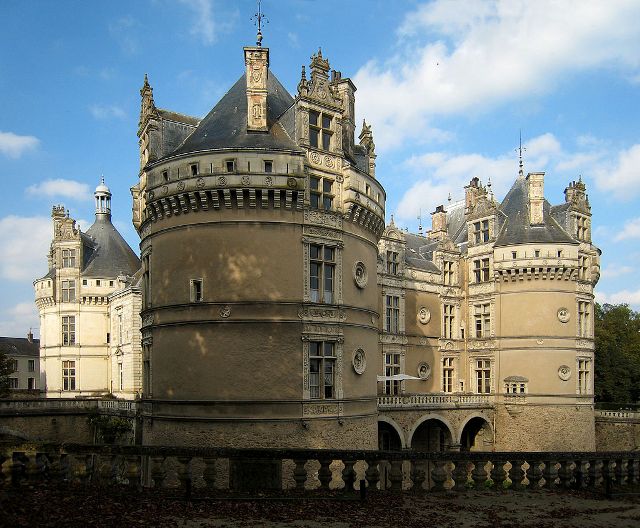 Location: Le Lude, in the Sarthe departement of France (Pays de la Loire Region).
Built: 16th-19th century.
Condition: In good condition.
Ownership / Access: Privately owned.
ISMH Reference Number: PA00109788
Notes: Château du Lude is located in the town of Le Lude in the French department of Sarthe. Located among the castles of the Loire to the north, the site has been occupied since the Middle Ages and became a strategic point in the confines of Maine, Anjou and Touraine. Occupied by the English during the Hundred Years War, the castle becomes the property of Jean Daillon, chamberlain of Louis XI in 1457. For two centuries, Daillon working to beautify the castle, and transform the medieval fortress in home craft. Refurbished in the late eighteenth century by the Marquise of Vieuville and a century later by the Marquis de Talhouet, Château du Lude reflects four centuries of French architecture. The gardens, shaped by the various owners of the place, have provided the framework for a sound and light that is famous Lude for nearly forty years. They welcome since the early 2000s several events such as the Festival of gardeners, during which was awarded the prize P. J. Redoute. The Château du Lude holds the label "Remarkable Garden".

How To Get To Château du Lude (Map):