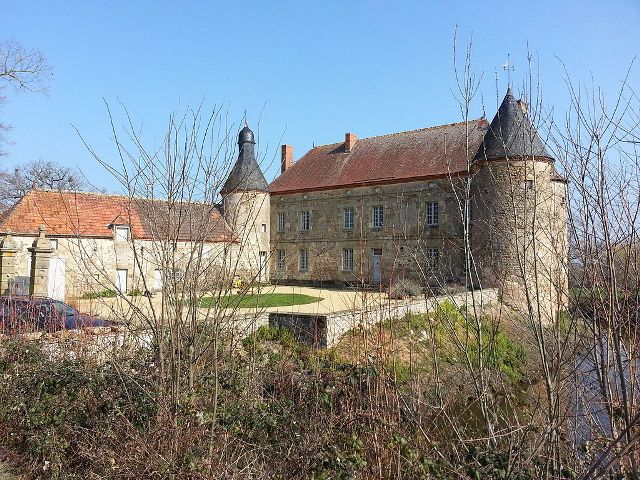 Location: Villaines-la-Juhel, in the Mayenne departement of France (Pays de la Loire Region).
Built: 17th century.
Condition: In good condition.
Ownership / Access: Private property.
Notes: Château du Grand Coudray is located Chappes castle in the Allier department in central France.The castle is on three sides of an open courtyard, the body left for building common. There is only one wall of the body right building, the body of the castle whose facade dates from the seventeenth century is framed by two medieval towers. The other three sides of the castle are bordered by a moat.The Lordship of Coudray is attested from the twelfth century. The castle is built in the fifteenth century they remain the three round towers and moat. The castle was rebuilt in the seventeenth century and remodeled in the nineteenth century. The building is registered as a historic monument in 2010. It is a private property.