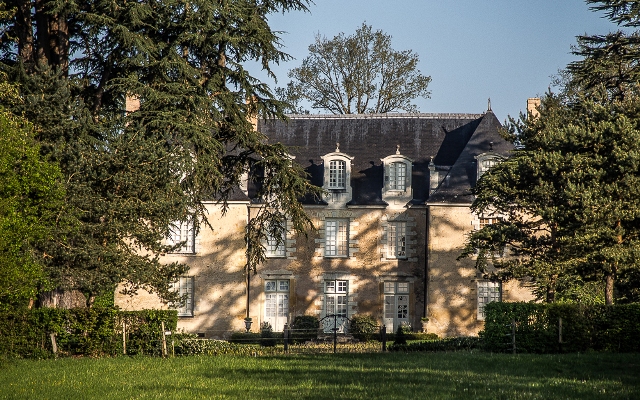 Location: Chapelle-d'Aligné (La), in the Sarthe departement of France (Pays de la Loire Region).
Built: 16th-18th century.
Condition: In good condition.
Ownership / Access: Privately owned.
ISMH Reference Number: PA00132710
Notes: Château des Gringuenières is a castle built early in the sixteenth century in the municipality of La Chapelle-d'Aligné in the department of Sarthe. It is partly registered as historical monuments. The central part of the present castle was built at the beginning of the sixteenth century. New buildings are added to the seventeenth and eighteenth centuries. The dwelling consists of a central body flanked by two large side pavilions, giving the whole a form "H". A second body, placed in the back, between the legs of the "H" is added to the end of the seventeenth century. The facades and roofs of the main building and the decor of the living room and the staircase are the subject of a registration as historical monuments since 14 June 1994.