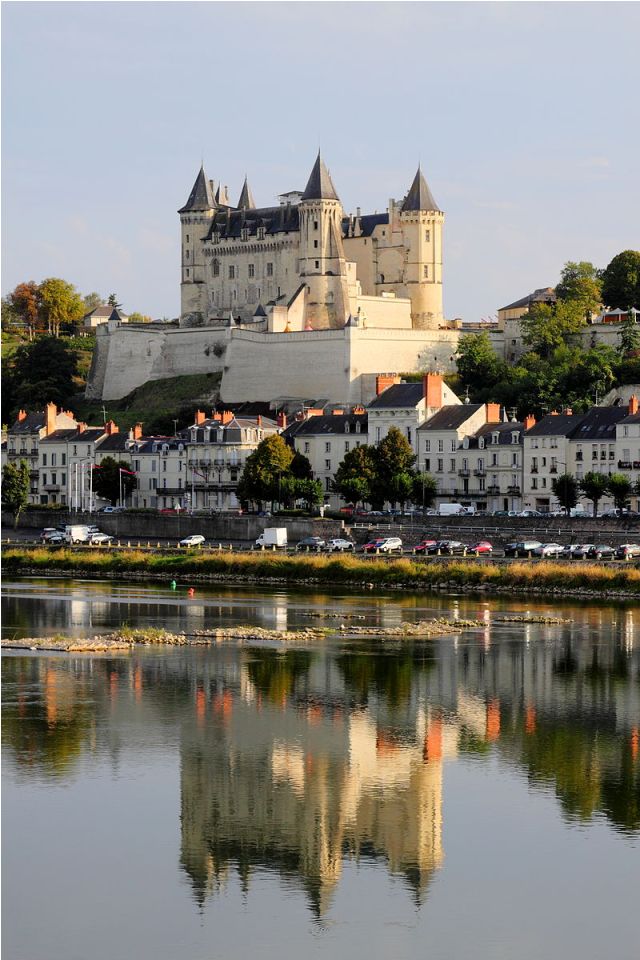 Location: Saumur, in the Maine-et-Loire departement of France (Pays de la Loire Region).
Built: 16th century.
Condition: In good condition.
Ownership / Access: Owned by the municipality.
ISMH Reference Number: PA00109307
Notes: Château de Saumur, Maine-et-Loire, is built at the confluence of the Loire and Thouet, on the borders of Anjou and near the west Touraine. The castle is the subject of a classification as historical monuments since November 2, 1964. The Saumur castle had its first fortifications in Thibaud the Cheater I, Count of Blois, in the tenth century. In 1026, it became property of the Count of Anjou, the famous Fulk Nerra who bequeathed it to his Plantagenet heirs. Philip Augustus, King of France and Capetian, annexed it to the crown. In 1227, Saint Louis fact enhance the strong then, from 1367, Louis I of Anjou, grand-son of Philip VI, made to replace the old round towers by octogonales4 towers. King René of Anjou, said the good King René, writer, cultured man and fortress builder (Tarascon) significantly improves the comfort of the whole castle he nicknamed the "Castle of Love". In the sixteenth century the Italian Bartolomeo strengthens the defenses of the castle. Precursor, he built around the medieval castle low defenses, forts (strongholds) and curtain following a surprisingly modern star map a century before Vauban. The castle was immortalized in the manuscript Très Riches Heures of the Duc de Berry in the folio of September, which represents the grape harvest at the foot of the castle. The castle became a prison under Louis XIV and Napoleon, and an ammunition depot. In the early twentieth century, the city bought the castle to the state and renovates progressively installs the Museum of Decorative Arts (donation of Count Charles Lair for most of the exhibited works, ceramics and furniture) as well as the Harnachement . Structure of the reconstructed rampart On 22 April 2001, the western part of the north wall collapsed and damaged some homes located below. There followed a stabilization of construction of the basement and reconstruction of the wall which was completed in 2007.

How To Get To Château de Saumur (Map):