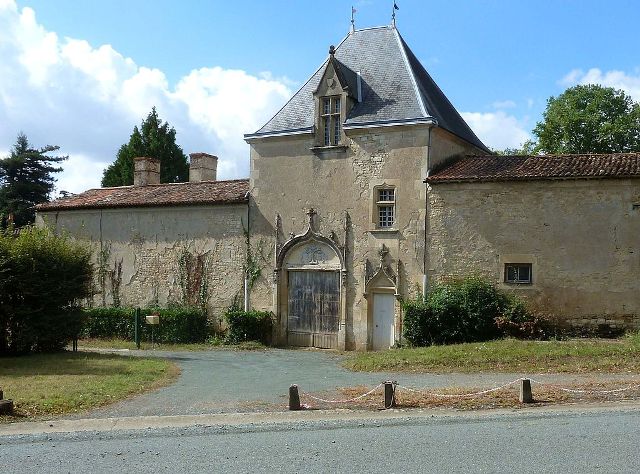 Location: Saint-Michel-le-Cloucq, in the Vendée departement of France (Pays de la Loire Region).
Built: 12th-19th century.
Condition: In good condition.
Ownership / Access: Private property.
Notes: Château de Saint-Michel-le-Cloucq is the former residence of the lords of Saint-Michel-le-Cloucq, mentioned as early as the twelfth century. Various alterations occurred over the centuries. The present house has the characteristics of Renaissance house. Specific region, it is usually formed by the alliance of the castle and the farm, forming a homogeneous set of buildings flanking one or two large courtyards around which organizes a farm life. This is the case of the castle including the main body, with its small private chapel consists of a simple façade elegantly proportioned, overlooking the park by a staircase horseshoe. One can admire the porch and its postern, topped with a pediment blossomed, with a carved tree and the faces of family Chasteigner.