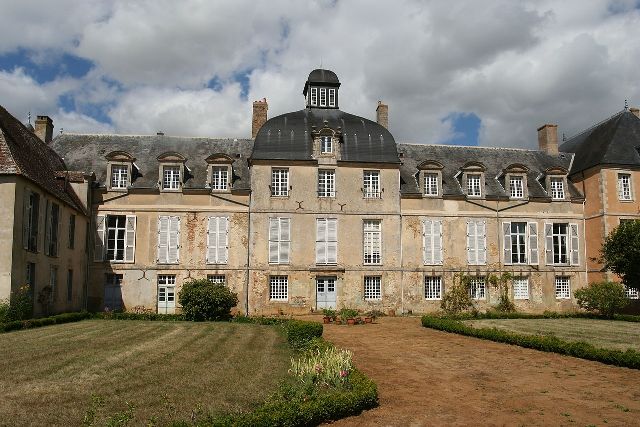 Location: Saint-Aignan, in the Sarthe departement of France (Pays de la Loire Region).
Built: 16th-18th century.
Condition: In good condition.
Ownership / Access: Privately owned.
ISMH Reference Number: PA00109927
Notes: Château de Saint-Aignan is located in the municipality of Saint-Aignan (Sarthe). The park and all annexes has been the subject of a registration as historical monuments by order of 12 September 1988, the castle and the lands included within the moat have been classified by order of 7 February 1994 . the present castle was built from the seventeenth century. It follows a medieval fortress that had been burned during the Wars of Religion in 1589.