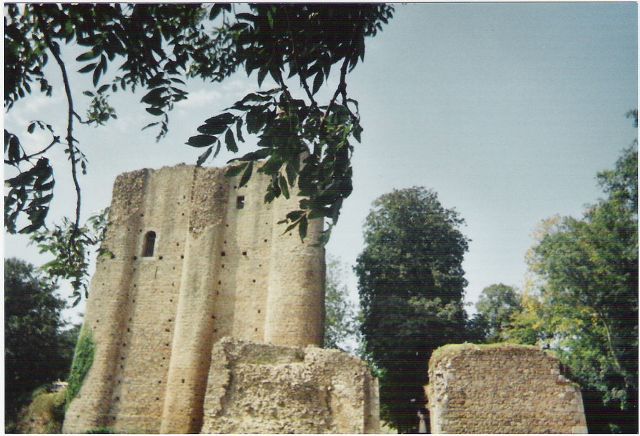 Location: Noirmoutier-en-l'Ile, in the Vendée departement of France (Pays de la Loire Region).
Built: 12th century.
Condition: Ruins.
Ownership / Access: --
ISMH Reference Number: PA00110201
Notes: Château de Pouzauges is located in the town of Pouzauges, in Vendée. He was especially inhabited by Catherine de Thouars, wife of Gilles de Rais, in the fifteenth century. This is however never lived, preferring the castle of Tiffauges. In the eleventh century castle Pouzauges belongs to the family of Zacharie Pouzauges which transmits it to the family of Chantemerle, then the family Savary of Mauleon and finally to the viscounts of Thouars who administer almost all the Vendée; they will give the castle to a cadet who also possess Tiffauges. Catherine de Thouars Castle Pouzauges brought into the fold of Gilles de Rais through their marriage. She just reside there after the death of her husband. Under the aegis of Catherine, the dungeon undergoes many adjustments to make it suitable for habitation. A new stage is added and a spiral staircase connecting it to all the others. Several windows are pierced replacing old loopholes to bring light inside. The castle was sold in 1634 to the lord of the Pélissonnière to Boupère. His heirs retain up to half of the twentieth century. During the Vendée Wars (1793-1794), the men of "infernal column" ordered by General Lachenay shoot 32 Pouzaugeais who took refuge inside the old castle. This act is committed January 26, 1794 after a banquet hosted by the Republican General Grignon. The same day, the surrounding villages were burned and some of the inhabitants massacred. The ruins of the castle of Pouzauges are dominated by its majestic tower of the twelfth century. The dungeon, over 25 meters high, is one of the 12 laps that made up the curtain, giving visitors a majestic example of Romanesque civil architecture. It was listed building on list in 1862.

How To Get To Château de Pouzauges (Map):