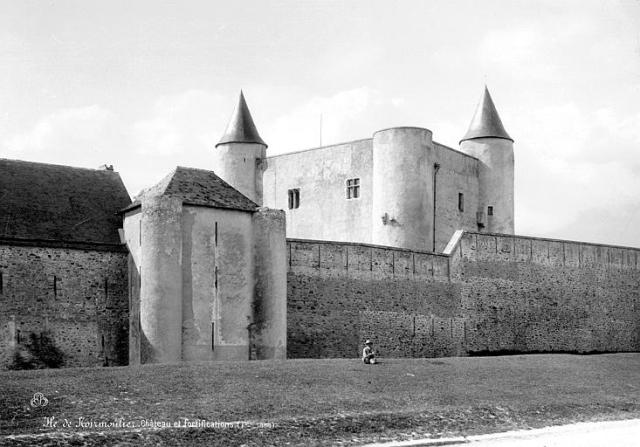 Location: Noirmoutier-en-l'Ile, in the Vendée departement of France (Pays de la Loire Region).
Built: 11th-17th century.
Condition: In good condition.
Ownership / Access: Owned by the municipality.
ISMH Reference Number: PA00110182
Notes: Château de Noirmoutier is a castle located on the island of Noirmoutier in the department of Vendée. It overlooks the town of Noirmoutier-en-l'Ile its high tower nearly 20 meters. This castle is very well preserved and reflects the medieval architecture of the twelfth century. The dungeon located in the center speaker is solid and rectangular. This square tower was built in the late eleventh century. It is constructed of rubble and has three floors the last of which contains the lordly habitat. The dungeon features many loopholes and defensive turrets at the corners. Today it houses the Castle Museum of Noirmoutier. The enclosure was built in the sixteenth century or later on the old curtain location. The rectangular housing consists of two towers, one gate and two turrets at the four corners. Work defenses and buildings building are made during the Hundred Years War. The dungeon is transformed into an artillery fort in the early eighteenth century and the castle towers were rebuilt. The entire castle, the keep, the courtyard, the walls and ditches were classified as historic monuments by order of 18 July 1994. Since 1934, the Friends of Noirmoutier maintains a fund linked to the history of the island. The collection is varied history and local archeology, painting, ornithology, nautical items, porcelain Jersey (over 600 pieces).