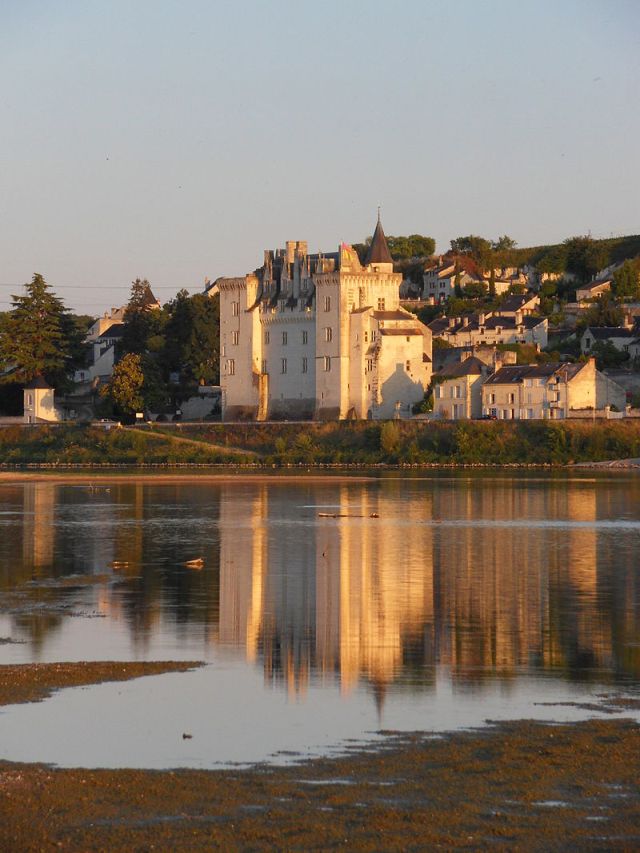 Location: Montsoreau, in the Maine-et-Loire departement of France (Pays de la Loire Region).
Built: 15th-16th century.
Condition: In good condition.
Ownership / Access: Owned by the Department.
ISMH Reference Number: PA00109211
Notes: Château de Montsoreau is the only Loire château to be built in the bed of the Loire; it is a French Renaissance chateau, transition between the fortress and the residence of pleasure. It rises directly along the Loire in the town of Montsoreau in Maine-et-Loire 15 kilometers from Saumur, 4 kilometers from Fontevraud-Abbey, 20 km from Chinon and 2 kilometers from Candes-Saint -Martin. Castle Montsoreau is located in a strategic location, immediately at the confluence of the Loire and the Vienne, at the intersection of three regions of Anjou, Poitou and Touraine, and the heart of the Loire Valley. A Gallo-Roman presence is attested nearby but was not recognized on the site despite the discovery of a barrel of fluted column presumably from an ancient temple or a public building. The permanent occupation of the site does not appear in written sources that sixth century with the mention of domain Restis but this is really only the castle created in the late tenth century, an agglomeration will be born and see its population grow. Part of this castle was updated in the late twentieth century. Rebuilt in the Renaissance style in 1450 by Jean II Chambes, one of the richest men in the kingdom, counselor and chamberlain of Charles VII and Louis XI. The Montsoreau castle was immortalized by Alexandre Dumas in his novel The Lady of Monsoreau written between 1845 and 1846. He was classified a historical monument in 1862 and a World Heritage Site by UNESCO on 30 November 2000.

How To Get To Château de Montsoreau (Map):