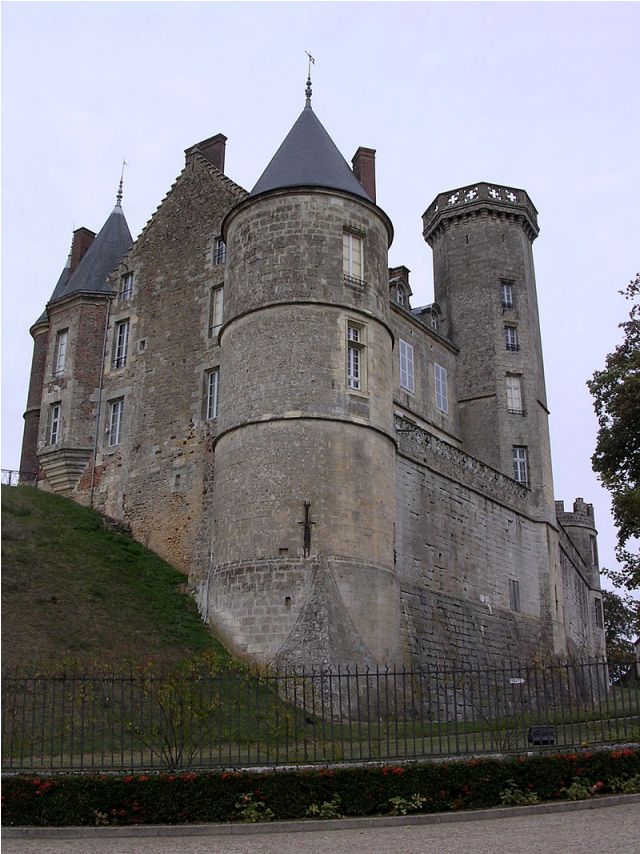 Location: Montmirail, in the Sarthe departement of France (Pays de la Loire Region).
Built: 15th-18th century.
Condition: In good condition.
Ownership / Access: Privately owned.
ISMH Reference Number: PA00109885
Notes: Château de Montmirail is located in the municipality of Montmirail, in the department of Sarthe. In 1994, Bertrand Buffévent bought the castle. The monument is the subject of multiple registrations as historical monuments: since June 15, 1964 for facades and roofs as well as two pieces of the eighteenth century with wood paneling Since November 8, 1995 for all of the buildings as well as parks and gardens since 15 May 1996 to annex buildings (residential gardener farm).

How To Get To Château de Montmirail (Sarthe) (Map):