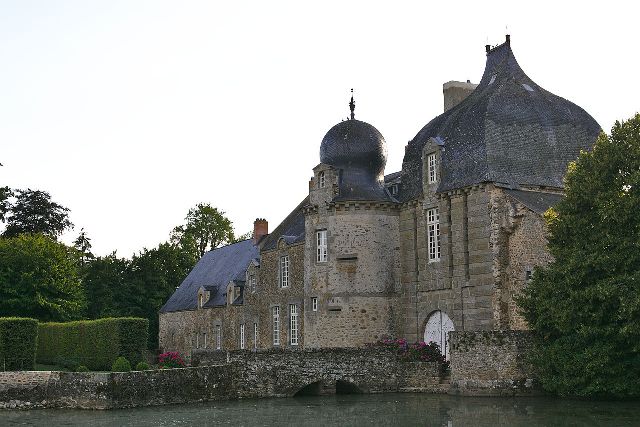 Location: Bais, in the Mayenne departement of France (Pays de la Loire Region).
Built: 16th-17th century.
Condition: In good condition.
Ownership / Access: Privately owned.
ISMH Reference Number: PA00109458
Notes: Château de Montesson is located in Bais, 800 meters west of the village, in the department of Mayenne. Today the Castle of Montesson by order of 3 June 1996 is registered in the inventory of historical monuments. Castle Montesson remained for a long time the property of Montesson family, but lack of resources, they had to sell to individuals.

How To Get To Château de Montesson (Map):