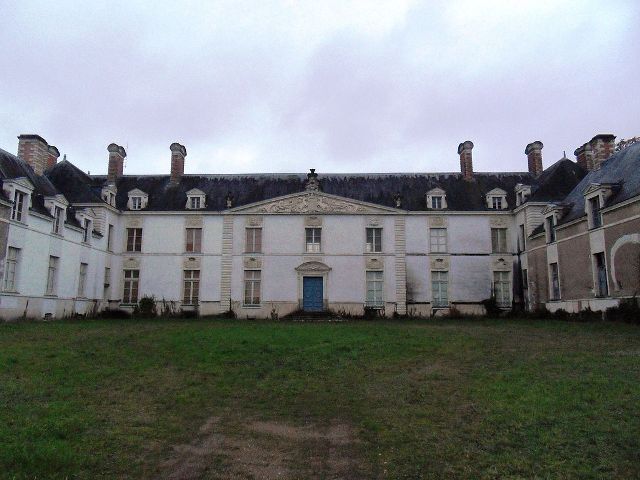 Location: Carquefou, in the Loire-Atlantique departement of France (Pays de la Loire Region).
Built: 17th-18th century.
Condition: In good condition.
Ownership / Access: Privately owned.
ISMH Reference Number: PA00108576
Notes: Château de la Seilleraye is a building of the seventeenth century, which is on the territory of the town of Carquefou (Loire-Atlantique). The castle with its outbuildings, the gate and the gate is the subject of a classification as historical monuments since December 30, 1994. The park of the castle, with its factories subject to registration as monuments historic since December 30, 1994.Before the Revolution, the castle is part of the lordship of Seilleraye owned the sixteenth and seventeenth centuries by the Harouys family, who gave several mayors of Nantes. The present castle was built in 1671 by the Parisian architect Guillaume Delahaye for Harouys La Seilleraye (1611-1699), Treasurer of the States of Brittany 1657-1687, son of Louis (mayor of Nantes from 1623 to 1625). Guillaume Harouys died without issue, imprisoned in the Bastille prison, the estate passes to the offspring of his aunt Louise, wife of Jean-Baptiste de Becdelièvre, president of investigations to Parliament of Britain in 1652. It ended after 1730 by the Marquis of Becdelièvre. The gardens were redesigned to 1816. The interior is decorated with eighteenth century paneling that covered the walls painted seventeenth century.

How To Get To Château de la Seilleraye (Map):