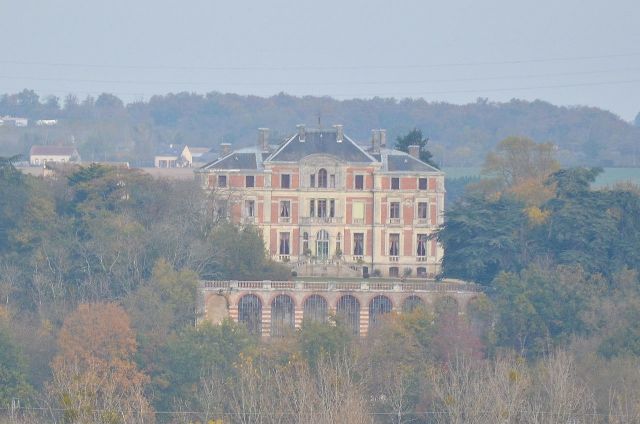 Location: Teillé, in the Loire-Atlantique departement of France (Pays de la Loire Region).
Built: 12th-19th century.
Condition: In good condition.
Ownership / Access: --
Notes: Château de la Madeleine, said Briau palace is located Loireauxence (Associate town Varades) in the department of Loire-Atlantique in France. The castle is located southeast of the town of Varades. The castle was built by architect Edouard François Moll Engineering Briau, builder of railway lines to the west of France. Following its economic expansion, it is build 1860 "Castle of Madeleine" of Palladian villa style. His daughter married Octave-Prudent Crouan, cousin of Nantes shipowner Fernand Crouan who armed the Belem and who owned the castle Jamonières to Saint-Philbert-de-Grand-Lieu, the castle of Nantes Houssinière and the Castle of Pierre-Levée in Princé forest in Chéméré. Another of his cousins is a notary in Sainte-Pazanne and owns the mansion Nau. The monument is registered as historical monuments in 1998.