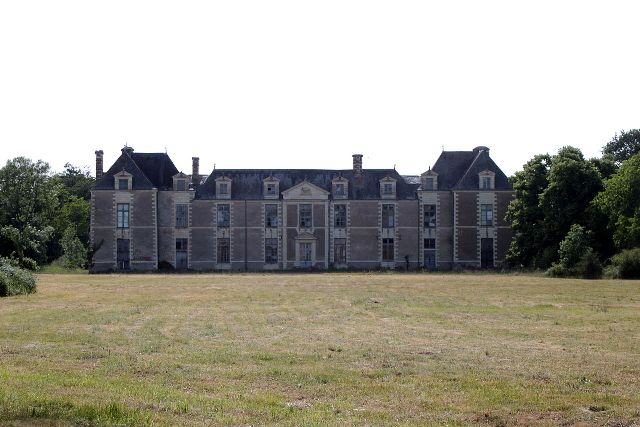 Location: Teillé, in the Loire-Atlantique departement of France (Pays de la Loire Region).
Built: 1610.
Condition: In good condition.
Ownership / Access: Private property.
ISMH Reference Number: PA00108835
Notes: Château de la Guibourgère is a castle in France. The castle is located in the municipality of Teillé in the department of Loire-Atlantique. The monument is registered as historical monuments in 1982. originally built by an architect whose name is unknown, the castle Guibourgère is modified in its entirety by the Liberge Moreau and architects. The U-plane, leaving only the central part, which was given a perfect symmetry. Back in the wings are destroyed, and common are then built south of the castle, and a kennel and a kitchen garden in French. The castle is built on a rectangular platform once surrounded by water ditches; was reached by three bridges. There is still today traces of these staves whistle. Access to the area is through its avenue of 2 km where a gate marked the entrance of the park.

How To Get To Château de la Guibourgère (Map):