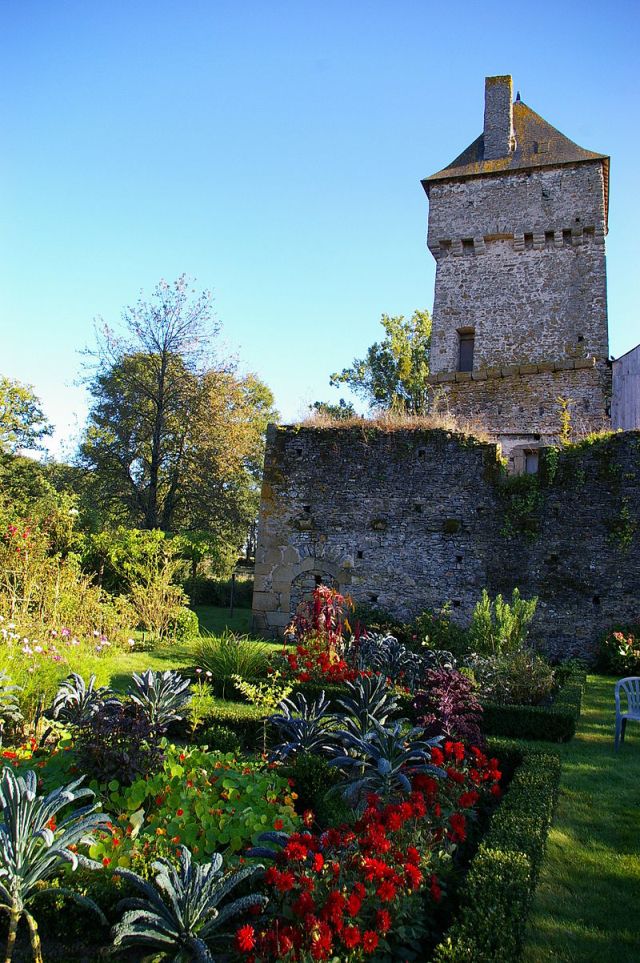 Location: Brée, in the Mayenne departement of France (Pays de la Loire Region).
Built: 12th century.
Condition: Ruined.
Ownership / Access: Privately owned.
Notes: Château de la Courbe de Brée, is located 2 km from Brée in Mayenne, on the road from Bree to Saint-Christophe-du-Luat. "Curve Castle, southeast and two kilometers from the town, enjoyed the title of lordship with high, medium and low non-contentious justice. The earth was made with the field census, rents and manorial rights over most of the parish, and two hundred acres of moorland in the moors of the Charnie in Livet and Saint-Christophe-du-Luat. The castle fell to its high, middle and low justice and for qu'emportent ditches, the meadow of the room, fields and meadows of the Marais, the Chapter of Le Mans by his lordship of Asse-le-Berenger; Monsieur, the King's brother, for two hundred acres of moorland Charnie; and Castle Bree, in faith and liege homage, and the remainder for his title Châtellenie. The building is the subject of a registration under the Historic Monuments since 22 September 1995.

How To Get To Château de la Courbe de Brée (Map):