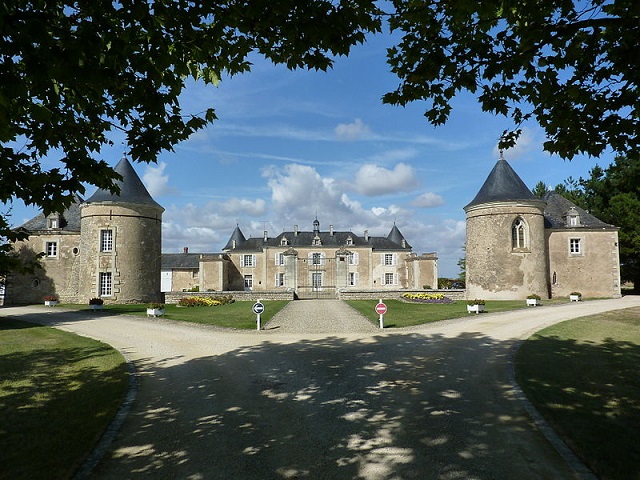 Location: La Chaussée, in the Loire-Atlantique departement of France (Pays de la Loire Region).
Built: 13th century.
Condition: --.
Ownership / Access: --.
Notes: The castle of La Bonnetière is located in the commune of La Chaussée (Vienne). Its dovecote dates from the fourteenth century and could accommodate about 1,300 pigeons.Its origin goes back to the thirteenth century. Former fortress, the Château de la Bonnetière was part of the defense system of the Loudunais. Originally, four towers with loopholes and interconnected by buildings close an inner courtyard. The castle was partially attacked and burnt by the English in June 1350 and three of the buildings disappeared. In the 17th century, the family of Vaucelles undertook a major restoration, and then in the eighteenth century, the Marreau de Boisguérin built the two pavilions attached to the entrance towers. The octagonal pigeon house in the courtyard, dating from the fourteenth century, is one of the oldest of the Loudunais. It was registered as a historic monument on 29 September 1987. The chapel houses an exhibition on the history of the castle.

How To Get To Château de la Bonnetière (Map):