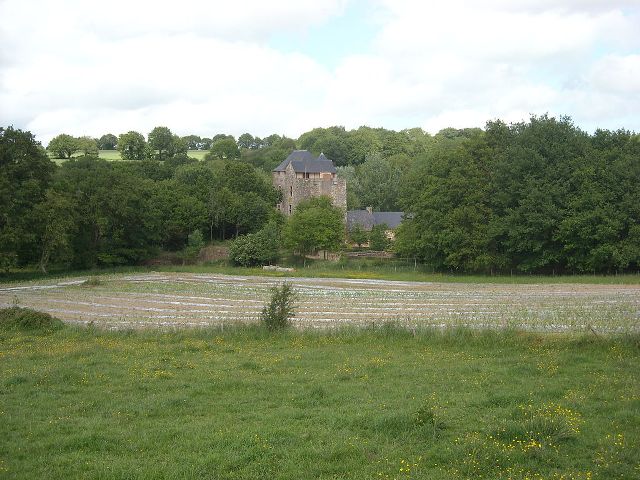 Location: La Boissière, in the Mayenne departement of France (Pays de la Loire Region).
Built: 12th-17th century.
Condition: In good condition.
Ownership / Access: Privately owned.
Notes: Château de La Boissière is located in the municipality of La Boissiere, in the department of Mayenne. In the twelfth century, there was a watchtower used by the soldiers defending the Duchy of Anjou against the Duchy of Brittany. It was built to the level of a ford to cross the local river, the Cheran. Access to the floors of the tower are doing by internal ladders. By the fourteenth century, the tower became a castle by adding the south, bringing a large room on each floor and a grand staircase in a turret. Finally towards the end of the fourteenth century, a filling tower just give the castle its current square form, providing latrines there. Adjacent to the castle, an ancient rampart is leveled in the seventeenth century to build a farmhouse. Restored in the 1980s, the castle can be visited during the Heritage Days. The monument is the subject of a registration as a historic monument since 16 January 1987.

How To Get To Château de La Boissière (Mayenne) (Map):