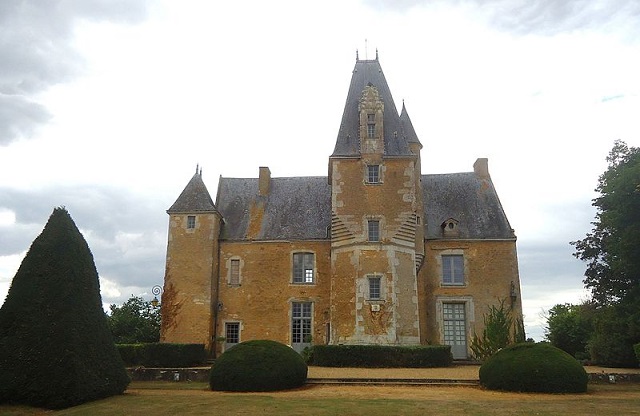 Location: Pirmil, in the Loire-Atlantique departement of France (Pays de la Loire Region).
Built: 14th century.
Condition: --.
Ownership / Access: Private.
Notes: The castle of Balluere is a castle located in Pirmil, in the French department of Sarthe. It has a classification for historical monuments.The castle of Balluere is built on a hillside dominating the road from Noyen-sur-Sarthe to Pirmil. It consists of two buildings placed at right angles and from different periods: one in the fourteenth century, the other, flanked by a tower-donjon sheltering a stone staircase, dating from the sixteenth century.The facades and roofs of the building are inscribed as historical monuments on December 28, 1984, while the staircase tower is ranked the same day.

How To Get To Château de la Balluère (Map):