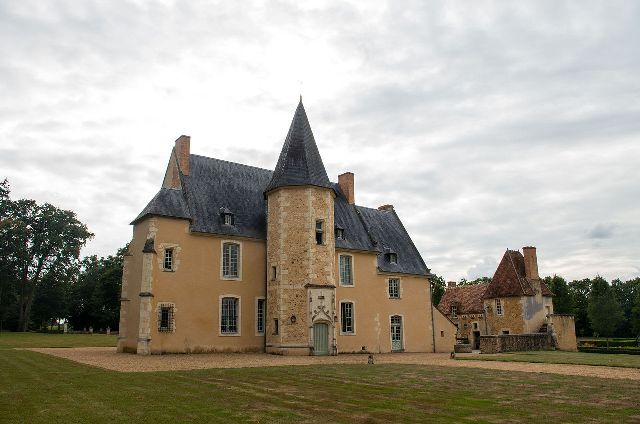 Location: Dehault, in the Sarthe departement of France (Pays de la Loire Region).
Built: 15th-17th century.
Condition: In good condition.
Ownership / Access: Privately owned.
ISMH Reference Number: PA00109734
Notes: Château de Dehault is located in the municipality of Dehault in the department of Sarthe. The monument is the subject of a registration as a historic monument since December 29, 1981. Property, the outer and the pigeon can be visited.The mansion was built between 1504 and 1508 by Richard Lemoyne, Secretary of Louis XII. In 1647 the property was acquired by Jean-Baptiste Boësset, Lord of Villedieu, superintendent of the music of Louis XIV room and knighted in 1664. It was remodeled in the eighteenth century. The building retains the general appearance of the mansions of the late Middle Ages in Maine with its tower octagonal staircase in the middle of the facade, its chartrier, bakery, bread oven and amenities space. Alongside the building is the old defense tower transformed into a dovecote in 1609, date on the stone overcoming access to the current loft. 1100 boxes are inside the wall flanked by loopholes.