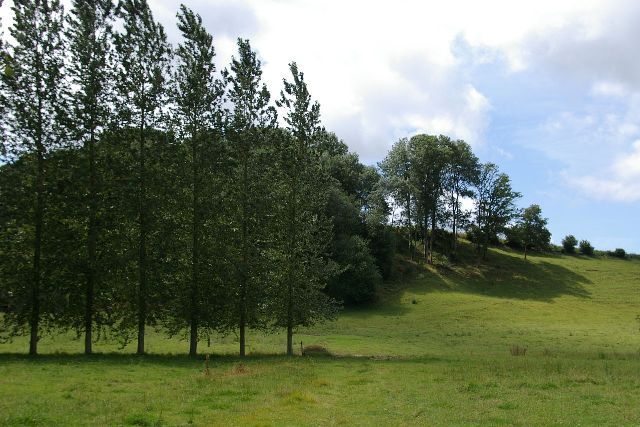 Location: Vimarcé, in the Mayenne departement of France (Pays de la Loire Region).
Built: --
Condition: Destroyed.
Ownership / Access: --
Notes: Château de Courtaliéru, located 2 km southwest of Vimarcé in Mayenne, 8 kilometers west of Sillé-le-Guillaume, is one that surprised the most by its location in a desert land, but in an advantageous position on the eastern edge of a high plateau, surrounded by a deep artificial trench. The castle comprises three buildings united in order to leave them a courtyard defended by a wall that closes in half the input. Two buildings, one to the north along 15 meters, the other to the west of 17 meters, are exactly at right angles; to the east, is the dungeon itself, united to the tip of the northern body and overflowing onto it. The walls are stronger as well as those he soda, seriously defended by loopholes with wide doorways, buttresses, without direct communication with the other house. The west building has a wall thickness of 0.90 m. Two doors are indicated by holes where staying beams that closed them, one on the outside and one on the court that surround the three main buildings. It was found in the rubble of pottery partridge eye indicating the eleventh century or twelfth century as well as the device fern leaves and we see in some parts of the walls. They still have, in large parts of the keep and the wall to which it is attached, the two stories high. Family Courtaliéru seems like a vassal of Maine viscounts until the thirteenth century. Frédéric Piel in 1845 indicates that there inside a pit and underground cut into the rock and that tradition is towards the castle of Foulletorte in Saint-Georges-sur-Erve, one kilometer away one quarter.