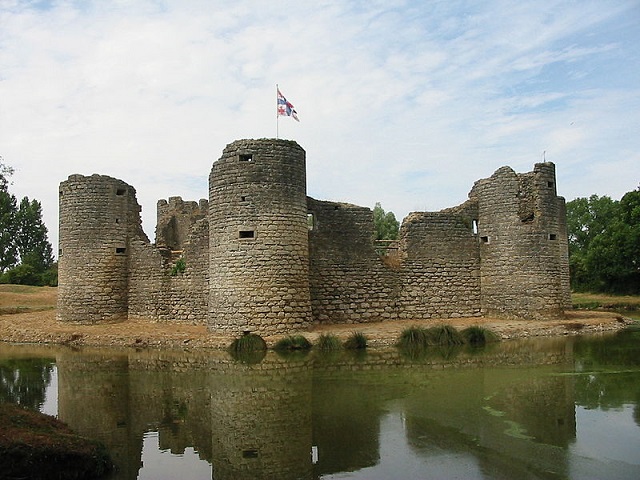 Location: Commequiers, in the Loire-Atlantique departement of France (Pays de la Loire Region).
Built: 15th century.
Condition: --.
Ownership / Access: --.
Notes: The castle of Commequiers is a castle located in the commune of Commequiers, in the canton of Saint-Hilaire-de-Riez in Vendée.The location of the primitive enclosure is unknown. J.-L. Sarrazin does not exclude that it was built in the eleventh century, at the same time as those of La Chaize-le-Vicomte and Tiffauges, on the initiative of the Vicomte de Thouars, whose power extended over All the north of the current Vendée. Built in the second half of the fifteenth century and at the beginning of the sixteenth century in white stones of Sallertaine by Louis de Beaumont, the castle was dismantled by order of Cardinal Richelieu in 1628 as other castles of the region at the same time . Six years after the defeat of Soubise at Notre-Dame-de-Riez and Saint-Gilles-sur-Vie. It is then the property of the family of La Trémoille, former Protestant lords. The castle is listed as a historic monument in 1926. Every year, the Friends of the old castle of Commequiers association organizes various events including the "Medieval", a celebration that takes place over two days in period costume. The oldest known lord of Commequiers (Quemeiquiers in Old French) is Urvoidus, who in 1093 participated in the foundation of the priory Saint-Nicolas at Chaize-le-Vicomte by Aimery IV de Thouars. Urvoidus was certainly a vassal of the Thouars. He was appointed in 1099 as Baron de Commequiers, the baroness of which dominated the parishes of Soullans, Saint-Christophe-du-Ligneron, Maché and Le Perrier. In addition, five châtellenies were attached, including La Vérie near Challans. By marriage of arrangement, the barony of Commequiers is attached to the Seigneurie de Montaigu at the end of the 12th century. At the beginning of the fourteenth century, the new Baron de Commequiers was the lord of the Forest-sur-Sèvre, Josselin.