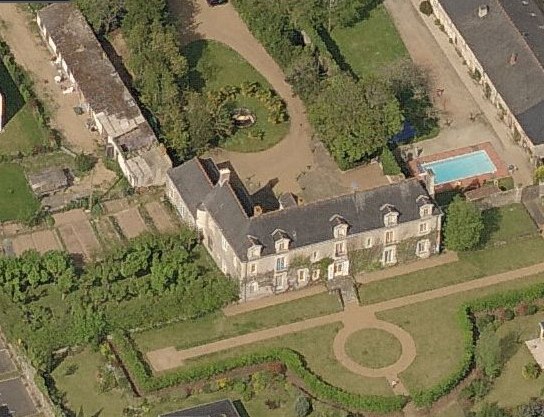 Location: Nantes, in the Loire-Atlantique departement of France (Pays de la Loire Region).
Built: 15th century.
Condition: In good condition.
Ownership / Access: Delalonde family..
Notes: The castle of Bois-Briand is a property located in Nantes, in the district Doulon - Bottière. Founded in the Middle Ages, no part of it has been destroyed for 600 years. During this period, gardens and buildings were added, culminating in a group considered to be "part of the national heritage", both in terms of the gardener's "guinguette" and that of its owners. Over the centuries, there are traces of Irish immigrants, financiers of the American Revolution, barons, princesses, corsairs, etc.

How To Get To Château de Bois-Briand (Map):