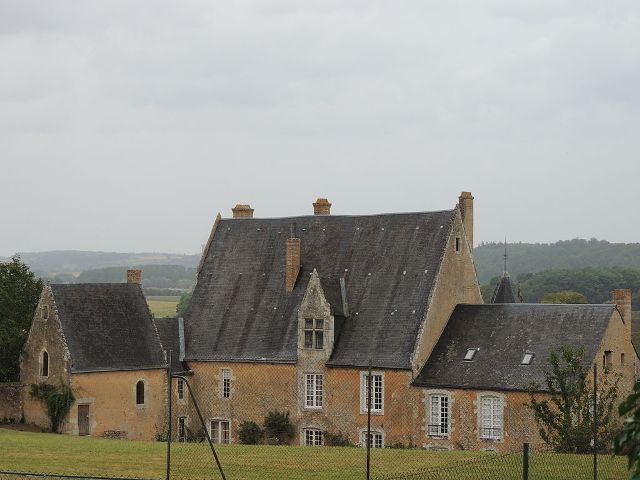 Location: Chemiré-le-Gaudin, in the Sarthe departement of France (Pays de la Loire Region).
Built: 16th-18th century.
Condition: In good condition.
Ownership / Access: Privately owned.
ISMH Reference Number: PA00109712
Notes: Château de Bellefille is a castle in Chemiré-le-Gaudin, in the French department of Sarthe. It has an inscription as historical monuments.The facades and roofs of the castle and common, and the entrance gate and the loft of the castle are listed as historic monuments April 11, 1973. In the second half of the eighteenth century, the castle was owned by Jacques-Nicolas Nepveu (called "Nepveu of Bellefille"), his brother Nepveu canon of Manouillère Bellefille recalls his stays in his journal.