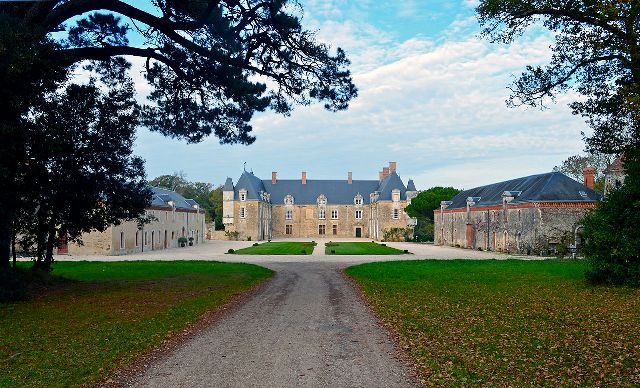 Location: Bretignolles-sur-Mer, in the Vendée departement of France (Pays de la Loire Region).
Built: 16th century.
Condition: In good condition.
Ownership / Access: Privately owned.
ISMH Reference Number: PA00110059
Notes: Château de Beaumarchais is located in Brétignolles-sur-Mer in the French department of Vendée.Beaumarchais Castle was built in the sixteenth century by Vincent Bouhier of LEcluse on the foundations of an ancient castle built in the early century. It was remodeled in the early nineteenth century. The facades and roofs of the castle and the fireplace on the ground floor are the subject of a registration as a historic monument since June 27, 1962.

How To Get To Château de Beaumarchais (Map):