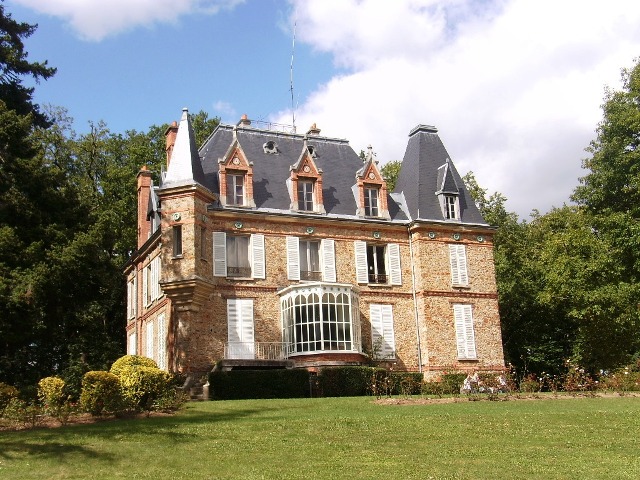 Location: Ardenay-sur-Mérize, in the Mayenne departement of France (Pays de la Loire Region).
Built: 18th-19th century.
Condition: In good condition.
Ownership / Access: Privately owned.
ISMH Reference Number: PA00109660
Notes: Château d'Ardenay is a French castle in the town of Palaiseau, in the former province of Hurepoix today department of Essonne and the region Île-de-France, bordering the Saclay plateau overlooking the lower valley Chevreuse to eighteen kilometers southwest of Paris.The castle was built in the late nineteenth century by the miller of the mill Montrouge, from Chateauroux, Jean Boussac, while the town was a resort. Between 1958 and 1960 was built the residence of Ardenay Park, following the dictates of the architect Le Corbusier, seven buildings (A, B, C, D, E, F and G) surrounding the ancient residence, transformed into library and hall for the owners. During the 2000s, the building was listed as a protected monument under the local development plan of the city of Palaiseau.

How To Get To Château d'Ardenay (Map):