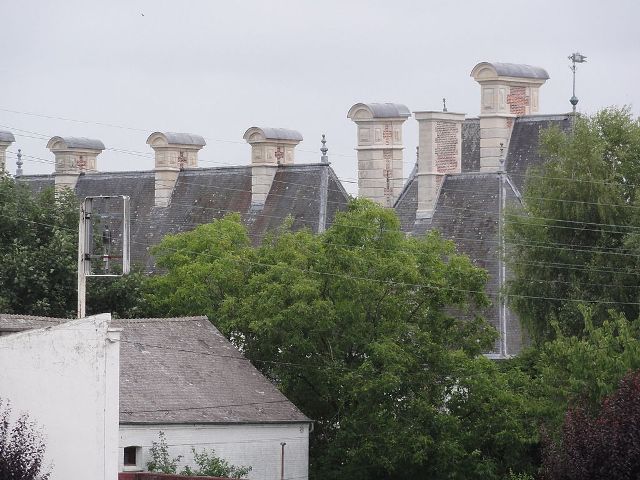 Location: Trélon, in the Nord departement of France (Nord-Pas-de-Calais Region).
Built: 18th-19th century.
Condition: In good condition.
Ownership / Access: Owned by a private company.
ISMH Reference Number: PA00107845
Notes: Château de Trélon is located in Trélon, North, France belongs to the House of Merode including family Werner de Merode brother Xavier de Merode chamberlain of Pope Pius IX. Currently the castle is owned by the princess Philippe de Merode. It was listed as a historical monument in 1986.The history of the town of Trélon is linked to the tormented history of the castle. Trélon up from the eleventh century to the family of Avesnes. The castle was built by Nicolas of Avesnes. Dates succeed, long inventory of seats, destruction, reconstruction, turn to turn French, Burgundian, Spanish, castle and surroundings are well battered. The people who survive the destruction, looting face famine and pestilence.